Hey guys! Here’s another one of my chiz.

So what I’ve heard of a few days back was that there was going to be another “World War” ..let’s put it that way. It’s between some girls in our class versus Casey. It’s all about Case being a fat liar who already reached her limit. Like seriously? Algebra in First Grade,and even on social sites like Word press? I just read that from a blogger of mine @immslalalove. The are so enraged because of this.

I don’t even know who I would side on. Is it the other girls or would it be Casey? I know she might be “OA” or overreacting sometimes. but….I don’t really know. She tells me that everyone does lie. I wonder what might happen. She was absent today in class. Joane, my friend says that Casey tweeted “Searching on how to be sick for one week” but I’m not really sure about i

Me myself is in a misunderstanding too with my best friend Pj. He’s upset with me for the reason I don’t even know. It was Tristan’s fault and not mine. I just laughed there like a hill billy. Tristan said sorry and he nodded which mostly means he accepts but when I tried asking him if he was okay… #maygash he told me not to talk to me! So I got upset with him too. I tried explaining that I didn’t do anything but he won’t listen at all! What am I supposed to do but not force him to. Why are there so many arising fights and problems when it’s almost the end of our school year? Is it because we won’t see each other again until the next first day of school? It’s almost our Graduation too. ugh! I don’t understand our class at all! But I’m glad they are my classmates =D I wouldn’t ask for other friends like them. 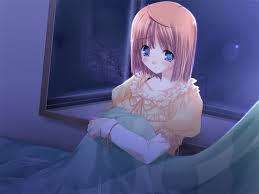